Many prospects and customers ask us the following question: Is social media screening ethical?

Often, what they're really asking is whether social media screening is legal. Legal and ethical are very different things. So let's unpack both questions but without getting bogged down in a philosophical discussion. Instead, we'll take a common sense approach.

The short answer is, it depends. The longer answer: Compliant social media screening is legal. But the key word is "compliant."

By compliant, we mean a social media background check that...

Good Egg’s compliant social media background check solution will scour an applicant's publicly available online activity for behaviors that could put your company and workforce at risk. It identifies and flags the following: 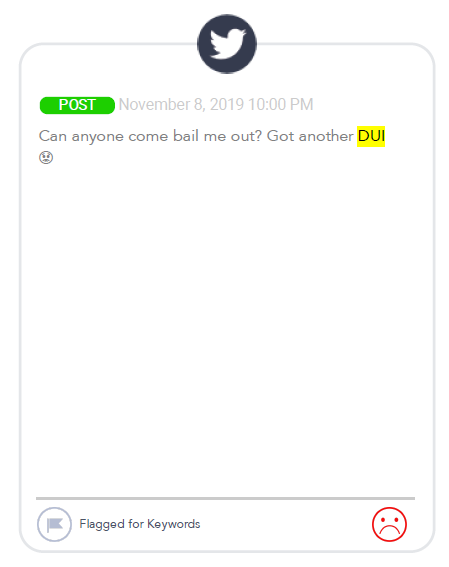 Before we can speak to whether something is ethical, let's define how we're using the word "ethical" in the context of this discussion.

Merriam-Webster defines ethical as "involving or expressing moral approval or disapproval" (as in ethical judgments) or "conforming to accepted standards of conduct" (as in "ethical behavior").

As such, compliant social media screening is ethical since it shines a light on behaviors that violate "accepted standards of conduct" and can negatively impact the workplace.

We understand that employees or job candidates might not necessarily see it this way, but that's often because they don't fully understand how legal social media screening works or why an organization would choose to conduct the screening in the first place. Education is critical! Make sure you have a background check policy that clearly articulates a compliant process.

Once people understand that your goal isn't to snoop or spy, but rather to protect the workforce by flagging behavior that society agrees violates "accepted standards of conduct," they will very likely accept and even embrace the concept.

Danielle is the Senior Digital Marketing Coordinator at Good Egg & Foley Services. In her spare time you can find her either visiting an aquarium, enjoying a Broadway show or competing in a Crossfit competition.