On March 31, 2021, the Marijuana Regulation and Taxation Act (MRTA) went into effect in the state of New York. The Act legalizes the use of recreational marijuana in individuals who are 21 or older.

Since then, the New York State Department of Labor has released guidelines about the "amended Section 201-D of the New York Labor Law to clarify that cannabis used in accordance with New York State law is a legal consumable product. As such, employers are prohibited from discriminating against employees based on the employee's use of cannabis outside of the workplace, outside of work hours, and without use of the employer's equipment or property."

Bottom line: Employees (in most instances) are allowed to use recreational marijuana outside of the workplace. Similar to alcohol use, restrictions only come into play when marijuana is used during work hours, or the use creates "articulable symptoms of impairment" that either affect the employee's performance or the overall safety of the workplace.

While the amended section has resulted in questions and "what if" scenarios for employers (particularly human resources), for the purpose of this article, we're going to address how the change in New York drug testing laws regarding pot will affect your pre-hire and post-hire drug testing policies. The following is meant to be educational only, not legal advice.

Can a New York-based employer drug test its employees for marijuana?

The New York State Department of Labor (DOL) is clear about New York drug testing laws and marijuana: "No, unless the employer is permitted to do so pursuant to the provisions of Labor Law Section 201-D(4-a) or other applicable laws."

Can a New York-based employer drug test an employee for marijuana if federal law allows for drug testing?

For example, consider drivers of commercial vehicles. This job falls under the watchful gaze of the Department of Transportation.

So let's say you own a trucking company that's based in the state of New York, and you employ drivers with commercial drivers' licenses (CDLs) as well as non-drivers (like office staff). Since drivers of commercial vehicles fall under the federal government's purview, even though they might live in the state of New York where pot is legal, they are NOT free to consume it—and you must screen them for it. However, the front office staff members who live in New York would be allowed to consume cannabis—and you would be prohibited from testing them for it.

Is your head spinning yet? We don't blame you.

The biggest takeaway: If you're an employer in the state of New York, pre-employment and post-hire drug screening just got a lot more complicated.

But that's not a good enough reason to forgo drug screening altogether. Instead, we recommend collaborating with a trusted and reputable screening partner (like Good Egg). Keep in mind that it's important to work with a screening provider that has expertise not only in drug testing, but also the laws governing drug testing.

At Good Egg, we have legal counsel in-house. It's our job to understand any changes in the law and to counsel our clients accordingly so that they remain compliant while also fostering a safe and productive workforce.

Note: This is especially important if you have operations in more than one state. You will need to understand the pot laws in each state—and adjust your drug testing policies accordingly.

Many states (and even cities within states) have conflicting laws on marijuana. For example, Philadelphia passed an ordinance that's going into effect on January 1, 2022, that prohibits pre-employment testing for marijuana. (Again, there are exemptions for federally-mandated testing and safety-sensitive positions.) The ordinance doesn't address the testing of current employees, however.

Working with a compliant drug testing partner like Good Egg would be an excellent first step in making sure your pre-hire and post-hire screenings are current and compliant. Let's talk! 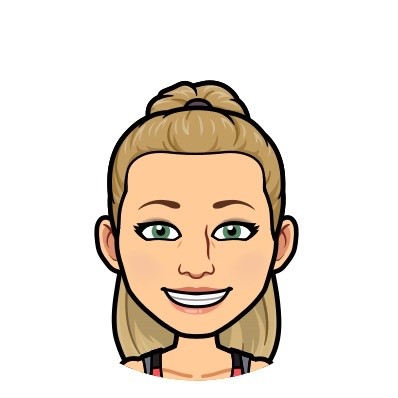 Lindsey Bergeron is the Marketing Content Strategist at Good Egg. As a lifelong writer and former journalist, she's been crafting stories from the time she could first hold a pencil. When she's not writing about the background screening industry, you can find her on a local running trail.