At the writing of this article, 33 states in the United States have legalized the use of marijuana either for medicinal or for recreational purposes (or both). Other jurisdictions at the municipal level are also legalizing marijuana.

The federal government, however, still classifies marijuana as a Schedule I drug, which means it is illegal at the federal level. And federal law always supersedes state law. In other words, use or possession of marijuana on federal property is always illegal, even in states where recreational or medicinal use of cannabis is legal.

Drug Testing for Marijuana – Why Some Employers Are Balking

Because of complexities (or vagueness) with state laws and/or the fact that drug testing alone cannot determine if someone is impaired due to marijuana, we're seeing more and more employers opting to remove marijuana from their employment drug test panels. This is a mistake (more on this in a moment).

Regarding the point about impairment . . . if someone is a habitual marijuana user and they take a drug test, they will test positive for marijuana—even if they're not currently high.

First, as Healthline reports, weed "is usually detectable in bodily fluids for 1 to 30 days after last use"—and upwards of three months for heavy users. Second, drug tests only detect the presence of marijuana (specifically tetrahydrocannabinol or THC—the chemical that produces the high). Today's drug tests cannot determine the source/timing of marijuana ingestion. And, unlike alcohol, the test cannot determine if a person is presently under the influence of marijuana.

As you can imagine, this presents challenges for employers. Because whether a person uses marijuana at work or they use it regularly during their personal time, the fact remains that the person will test positive for marijuana in both cases.

As we mentioned earlier, many employers are removing marijuana from their drug test panels altogether due to the above issues. At Good Egg, we believe this is a mistake. To begin to understand why, consider the following stats:

As these statistics suggest, marijuana use in the workplace remains a relevant topic particularly when you consider that it can adversely affect safety, productivity, and morale. And given how many millennials use marijuana, employers would be remiss if they didn't address marijuana use in their drug and alcohol policies. Just as you wouldn't want someone drunk on the job, you wouldn't want someone high, either. Even though the legal and testing landscapes make it challenging to deal with, a "head in the sand" approach isn't smart.

Instead, employers should adapt their workplace drug testing programs to reflect and incorporate changes in state laws regarding recreational and/or medical marijuana.

Related: 6 Tips for Creating an Effective Alcohol and Drug Policy

Strategies for Adapting Your Drug Testing Program to Include Marijuana

Below are strategies for updating your drug testing program for marijuana:

Adapting your drug testing program is no easy task, but with the help of an experienced drug-testing partner, like Good Egg, it's not only doable—it's smart policy.

Get in touch and let us help!

Scott Mogensen manages the Drug and Alcohol testing program. He has 11 years of experience in drug and alcohol testing and is an expert in DOT drug & alcohol compliance issues. As a Certified Substance Abuse Program Administrator (C-SAPA), he holds the highest credentials available for a program administrator. 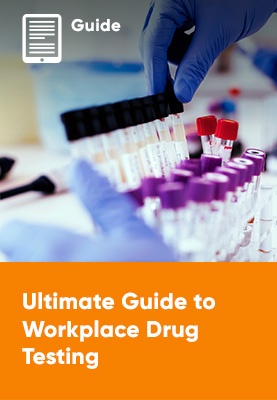