A criminal background check is a key part of the pre-employment screening process, as it can provide a deeper understanding of a person's character and trustworthiness - along with whether they have the potential to compromise the safety of your workplace.

When evaluating this information, however, it's important to keep in mind that it isn't simply what a person did in the past that matters, but when the arrest or conviction took place. In fact, there are city, state and federal employment laws that ensure everyone is given a fair chance at rehabilitation - and (in time) a clean slate that prohibits consideration of certain adverse information.

The exact legal timeframe for when this information must be excluded from a professional background check report varies depending on where the candidate will be working - and in some cases - their financial compensation.

What the Federal Government Says

The Fair Credit Reporting Act (FCRA) only allows consumer reporting agencies (CRAs) to report civil suits, civil judgements, arrest records and other adverse information that predates the report by seven years or fewer-with the clock starting as soon as the information is filed or entered into the record. For criminal convictions, there is no such limitation.

But just because the federal FCRA allows CRAs to include criminal convictions older than seven years doesn't mean it's a good idea. In addition to complying with the FCRA, employers also need to consider the Equal Employment Opportunity Commission (EEOC), and whether a refusal to hire someone based on an old criminal conviction will sit well with them. After all, the EEOC doesn't just require employers to consider the nature and gravity of the offense(s), but also the time that has passed since the person was convicted or completed their sentence.

What the States Say

Many states have statutes that further limit the information CRAs can include on a background screening report, adding an extra layer of complexity to the process.

According to the California Civil Code, for example, convictions can only go back seven years. A similar statute exists in Colorado, although a longer lookback is allowed if the person will earn more than $75,000 a year. Other states that have more restrictive lookback periods than the FCRA in regards to criminal convictions include:

Since a seven-year lookback period applies to all of the above states, it’s become the standard for consumer reporting agencies when preparing background check reports for their clients. For employers that want a longer lookback period (where the CRA is legally able to do so), they can often make a special request to have that information included.

Check out other insightful articles pertaining to criminal background checks:

Stephanie is the Marketing Manager at Good Egg, and avid quoter of Mel Brooks movies. 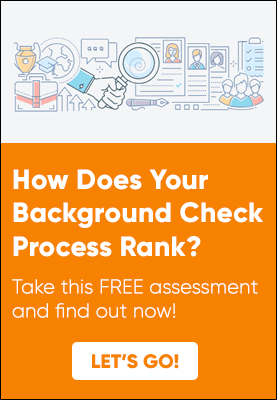